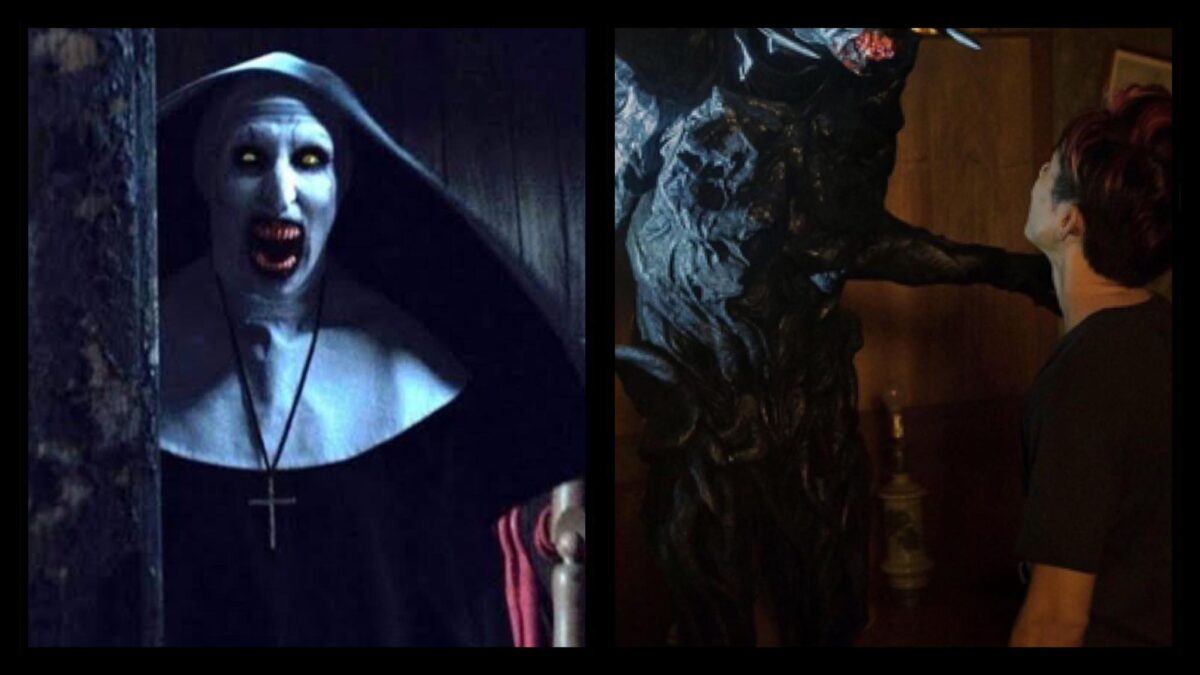 Director James Wan has shared via Instagram some exclusive images of the impressive demon that could have been the Warren’s nemesis in ‘The Conjuring 2″, before they decided to replace it with Valak. He created it together with designer Aaron Slims from a previous concept that was going to be used in his Castlevania movie. Wan says that The Conjuring 2 is “one of my personal fav. I focused on character-storytelling above anything else.” “Here’s my first design of the demonic entity haunting the family and Lorraine. Aaron Sims (concept designer) and myself took inspiration from our Dracula design for a movie I was attached to a long time ago called Castlevania.” Even after they had an animatronic suit made, it was not to be as he explained. Fractured FX built an awesome animatronic suit, and we were going to augment it with CGI wings. But alas, during editing, I deemed this beautifully designed/sculpted horned demon too out of left-field for the film. It needed to be more grounded and personal — something that would take Lorraine’s faith and try to test/corrupt it. The director recalled some personal experiences that he had to give The Conjuring 2 the right touch. “I remember the real-life Lorraine Warren talking about her love and reverence for her nun friends, and a lightbulb went off,” says Wan. “Thus… the Demon Nun was born. So we went back and replaced all the Horned Demon with the Nun during additional photography. I call the last image Beauty and the Beast.” Valak was never pictured as a nun, the demon is traditionally described as a child with angel wings that rides on a two-headed dragon but thanks to Wan and the crew that worked on the idea, Valak is now an iconic figure in the world of horror. What do you think? Would you have preferred this version of Valak?