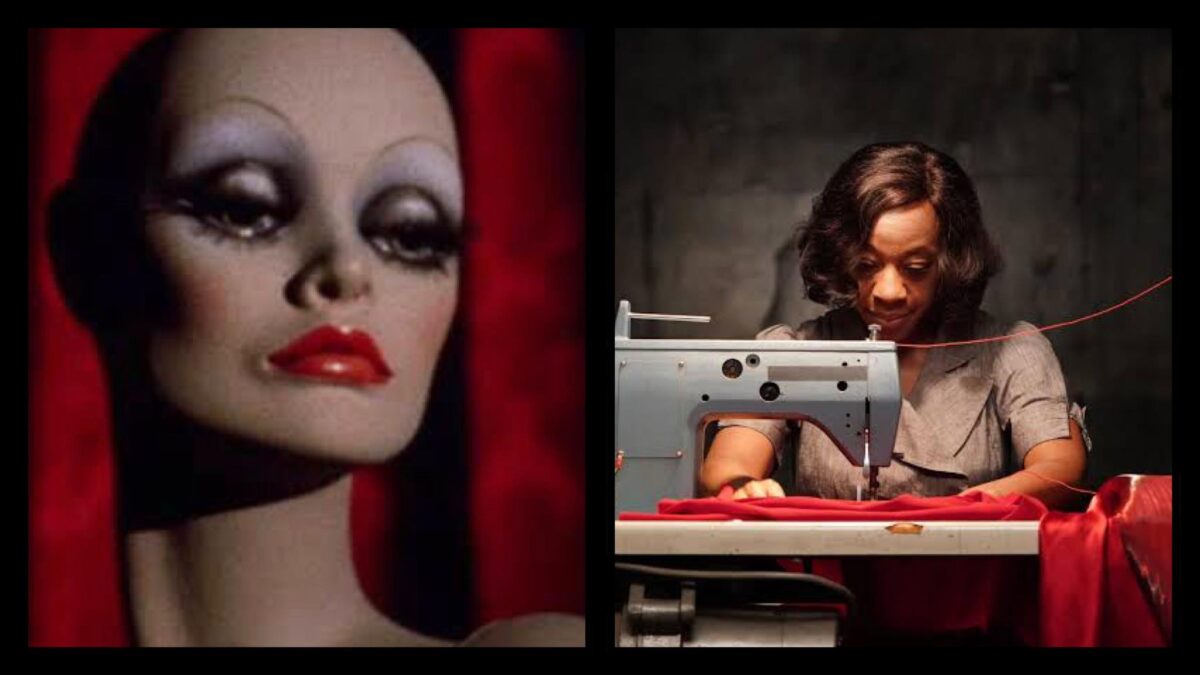 At the beginning of the month, Amazon Prime decided to bring a horror comedy film to its platform, ‘In Fabric’, which premiered at the Toronto International Film Festival back in 2018.

It tells the story of Sheila, a recently divorced bank teller who lives with her son Vince. a woman who works in a department store who finds a red cursed dress during a work day One day, she visits a department store called Dentley and Soper’s to buy a dress for an upcoming date in the sales. She finds a beautiful red dress which she ends up buying. What she doesn’t know is that that flowing dress she was drawn to, is in fact cursed. Apparently, it passes from person to person and brings catastrophic consequences on whoever chooses it.

The film was written and directed by Peter Strickland known for The Duke of Burgundy (2014), produced by Andrew Starkeand and stars Marianne Jean-Baptiste who received international acclaimed for Secrets & Lies (1996). The film has received universal acclaim from film critics.

On Rotten Tomatoes, it held a 94% approval rating based on 137 reviews.

Mark Kermode for The Guardian, made it his film of the week and praised the “heady mix of intoxicating nostalgia, clothing-related alchemy and horror-inflected twisted comedy”. Also The New York Times stated it was Strickland’s “most impressive, engrossing, imaginatively unchained work yet”.

Rolling Stone summed up the film as “a singular trip into a singularly warped mind”.

The film was released on Amazon Prime on October 1.

Have you watched it already?