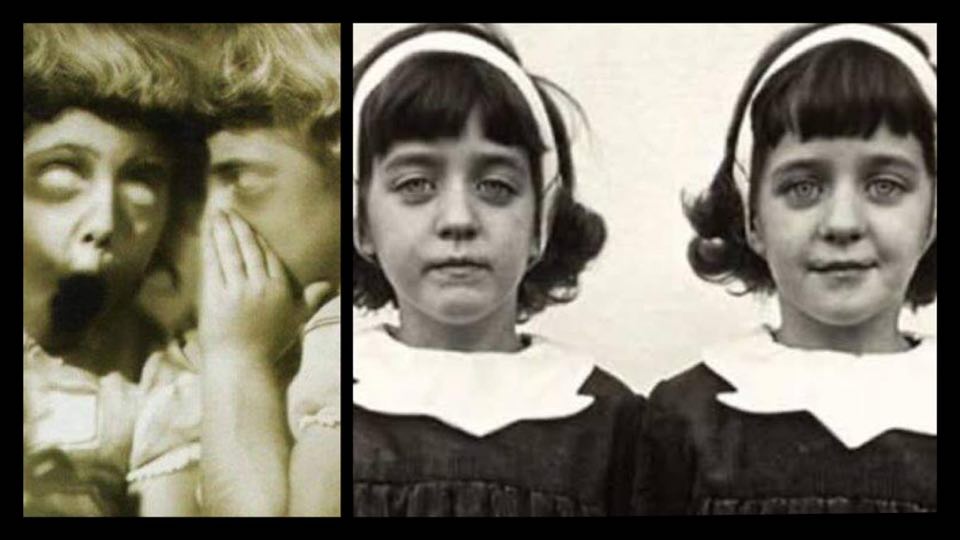 Read about the story of the Pollock Twins, an odd case of reincarnation

It is known that the circle of life is to be born, to live and to die. But what comes next? There are many beliefs that try to explain the mysteries of the afterlife. And the case of the Pollock twins makes us think that what comes next after death is to be born again which it’s what we know as reincarnation. This story is set in the mid-20th century in Hexham, England. It was a Sunday morning, the happy marriage of John and Florence Pollock were on their way to mass with their daughters Johana and Jaqueline, aged 11 and 6 respectively.

They were a little late, so the little Pollock sisters decided to hurry up together with their friend to save up a seat in the church. Unfortunately none of them would arrive to their destiny. When they were crossing the street, a car hit them, ending their lives.

The parents of the Pollock sisters were in complete sorrow. However, in October 1958, a few months later, Florence became pregnant and the couple became parents of two adorable twins whom they named Guillan and Jennifer.

When the Pollock twins were 3 months old, the family moved and began a new life in Whitley-Bay. As the girls grew older, the parents noticed a strange behavior on them. Guillan took the role of an older sister and Jennifer as the younger. Also one of the twins had a birth mark which was similar to one Johana had and the other twin had also a birth mark which was similar to Jaqueline’s. But this was just the start of many coincidences… When the twins were 4 years old, the parents decided that it was time to go back to Hexham. At the moment they arrived to town, the girls knew exactly where they were. When passing through the school where the deceased Pollock sisters studied, the twins mentioned that they used to attend classes there.

Not only did they remember that, but recognized places that the sisters usually visited and even knew the names of some neighbors. When they found the toy chest of the sisters, the twins knew the name of each toy. Guillan took the toys that belonged to Johana and Jennifer took Jaqueline’s. Guillan and Jennifer even started to play a horrible game about falling to the ground to recreate the scene of the accident where the sisters lost their lives. Every time they went out, if there were cars passing near them, they would get upset and hugged each other to console themselves, as if they could still recall the day of their death.

However, memories would start to fade. By the age of 5, the girls started to live a normal life, leaving behind the memories of their past lives as Johana and Jaqueline. According to experts, children who have experienced some type of reincarnation, starts to forget about their past lives by this age. After reading the mysterious case of the Pollock twins, do you believe in reincarnation?