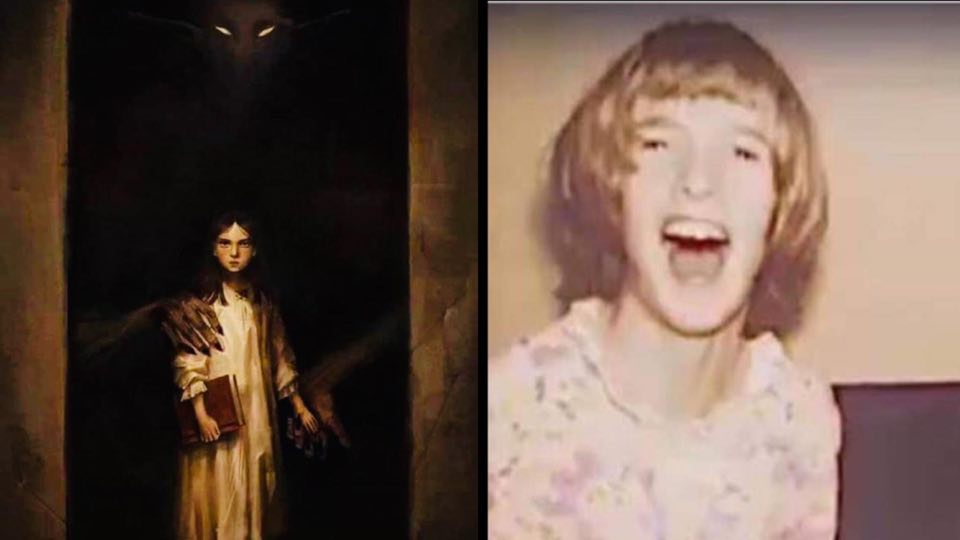 In the 1970s, England was shocked to learn of the frightful events that took place in Enfield, a small city outside London.  It became the center of attention in media when a family claimed they were being chased by a ghost.

But it was more than a ghost, even worse… This thing was taking over Janet Hodgson, an 11 year old girl who had recently played a Ouija board.

On August 30th, 1977, the fear started to take over Peggy Hodgson, a single mother who lived alone with her four children when Janet, the middle daughter, complained that her bed was shaking at night.

From that moment, the family realized that what was happening was nothing but paranormal activity. Forty years later, in an interview for the movie The Conjuring 2, Janet said, “We were good children. We had no idea about the story of the house before the events. I was used and stalked. There was levitation,  voices and incidents that tormented my life”. She also stated, “The emotions, the thoughts. I think if I had to go through that again, I wouldn’t make it”. Just like in the movie, the real Ed and Lorraine Warren came from the United States to help the Hodgson family. The Warren came to the conclusion that the Hodgson children were vulnerable to demonic possession, especially Janet, who was possessed by 6 demons. Here’s the video of the interview with Janet Hodgson when the demon manifested through her while she was talking.