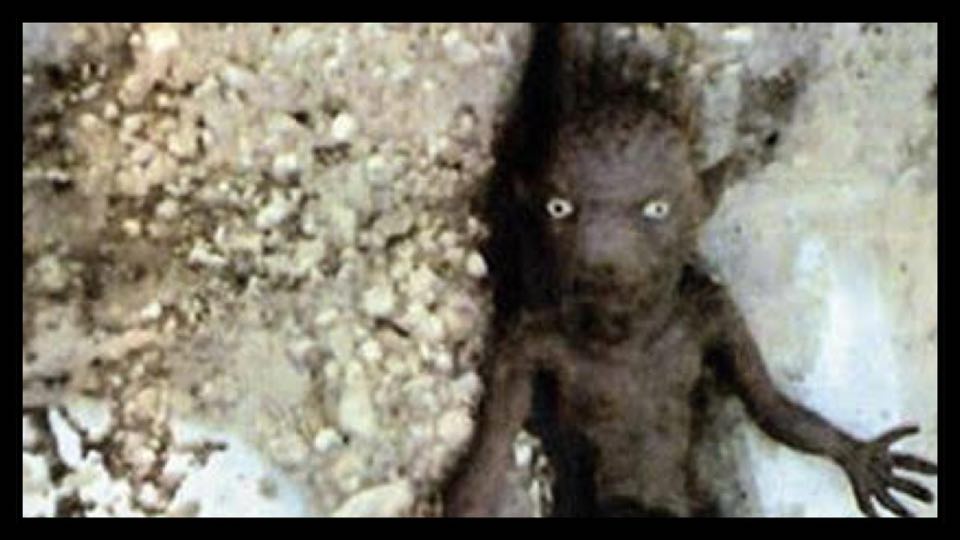 The world has proved us many times that there’s always something new yet to know such as things we still haven’t figured out or even some animals that we have never seen before. Nowadays, it is easier to capture in photographs anything that surrounds us due to technology and the use of smartphones. Sometimes we take pictures because we find something very pretty to the eyes but other times, it may be when we find something weird and unknown for us.

The following creatures were caught on camera and nobody was able to explain what kind of animal they were. There’s only few and rare information about this sea creature, caught on the cameras by Hyper-Dophin, of the Japan Agency for Marine-Earth Science and Technology. They were doing some routine recordings near the southern shores of Tokyo when the creature of the photo appeared in front of the camera.

It looks like a dolphin but doesn’t share the actual shape of the jaw dolphins have. It doesn’t even match the shape with other known animals. On the other hand, it actually looks more anthropomorphic than we would like. The Arab press was the one that released the discovery of this strange creature. According to the reports, pictures were taken with a cellphone by a woman. She found the creature in a parking lot.

Several citizens claimed to have been in the place and seen it. When they got close the creature, it left without being seen. Leaving only the photo as a proof of its existence. On the Russian coasts of Sakhalin, the body of this creature was found by soldiers. It was in such an advanced state of decomposition that it was difficult to define what it looked like when the creature was alive. However, the remainings were quite interesting and disturbing to see because one might think that it was a cetacean, but no cetacean has hair and this creature did.

Besides, the framework of its bones didn’t have the shape of any known fish. It also seemed to have like a reptile’s mouth, but again, the shape didn’t match. The soldiers took away the body and ever since, it’s still mystery what kind of animal it was. This is in reference to the creature found in Russia. There’s a story from the 1920s, in which a marine creature was spotted off the coast of South Africa.

The only record that remains is an image and news covered by the Daily Mail of London on December 27th, 1924. The story describes how some people had witnessed the fighting of killer whales against another species. It was like a white fish that came out of the sea, pouncing towards the killer whales.

When this creature lost the battle, its body reached the shore (where the photo was taken). It was a giant 14-meter-long with white coat covering the entire body.

A peculiar characteristic was its nose looked like an elephant’s trunk and its tail like the one from a lobster. However, just as the Russian creature, no one determined what animal it was, and if they did, the information was not shared. In 2007, a small anthropomorphic and weird being appeared in a small town in Thailand. The creature’s was 3 ft 11 inches and according to the few information reported, people who lived in town assured they found it wandering in the rice field. They caught him thanks to a rodent trap they used.

However, what was initially considered odd and dangerous, ended up being considered a divine creature because after three weeks of death (when the photos were taken) the body still hadn’t rotted or emitted any odor. The only change was the creature’s skin went from brown to white. It is believed that it could be the malformation of another animal, but nobody has verified it.