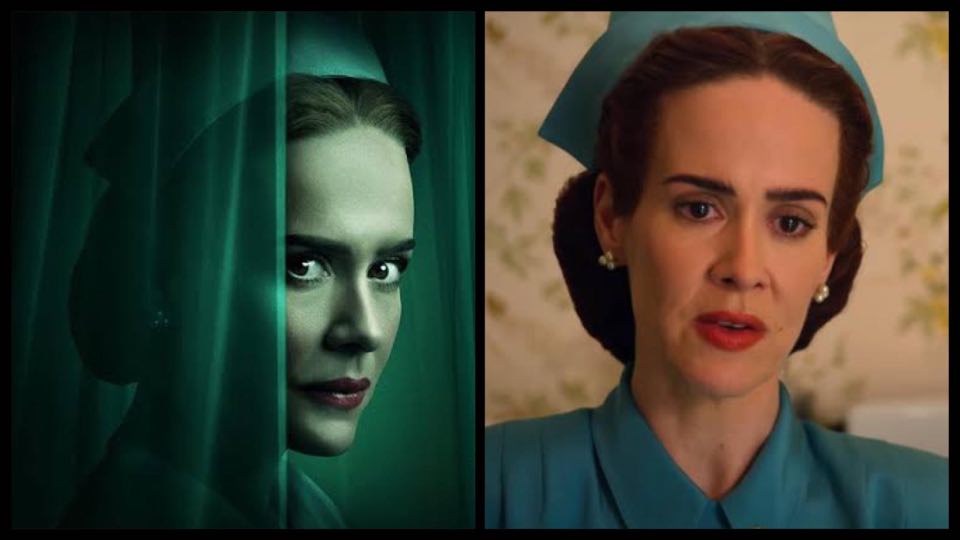 Sarah Paulson has been well-known by her amazing performances on American Horror Story and now she’ll be back at it with Ratched. This new horror series coming to Netflix this Fall. It works as a prequel for One Flew Over the Cuckoo’s Nest, which was starred by Jack Nicholson in 1975. Murphy and Romansky’s Netflix series Ratched, explores the story of Mildred Ratched in her early days as a nurse, 20 years prior to the events of the book and classic film. She arrives in California in the 1940s until she became the head nurse of the psychiatric hospital where unsettling experiments are practiced on the human mind.

Ratched appears to be how a dedicated nurse should be, someone who is gentle and takes care of everyone. She tries to show herself as a perfect person but deep down is capable of committing the most gruesome crimes. In an interview with Vanity Fair about Ratched’s character, Murphy said,  “I feel like Nurse Ratched is sort of a shorthand for barbarism. She became almost like a catchphrase for any sort of institutional abuse of power. What was interesting was trying to create an emotional character from a reputation that’s very cold…trying to figure out every little detail about her childhood, her relationships, her sexuality. Because when people think of Ratched, they think of her as shutoff and cruel and uncaring.” Paulson also stated, “I identified very deeply with her loneliness. I think ultimately at the end of the day, that is sort of what drives Mildred. “A pursuit of survival and of finding some sense of home. Even though the methods that she chooses to achieve that internal security are somewhat questionable, I would argue that she’s doing them with a potentially selfish need, but a survival need nevertheless. Sort of an animal need that blinds her to the inappropriateness of some her actions.”

Ratched will consist of 8 episodes and it’ll be premiering on Netflix next September 18th.

Second Season Has Been Confirmed While the series are yet to come to the streaming plataform, a second season has already been confirmed. Back in 2017, Murphy sign with Netflix to bring a long list of upcoming shows, among the 11 projects, Ratched was granted a two-season order. “By the time you get to the end of the first season, you will not wonder how and why Mildred became the way she did. You may question her actions, you may have judgment about it—but you will understand it. It will make sense to you.” Paulson added to Vanity Fair. The series will show us Ratched most hideous side and also most vulnerable. We can expect lots of drama, action, suspense and moments full of terror that will make more than one to not sleep at night.

Here’s the trailer for the upcoming series!

Will you watch Ratched?