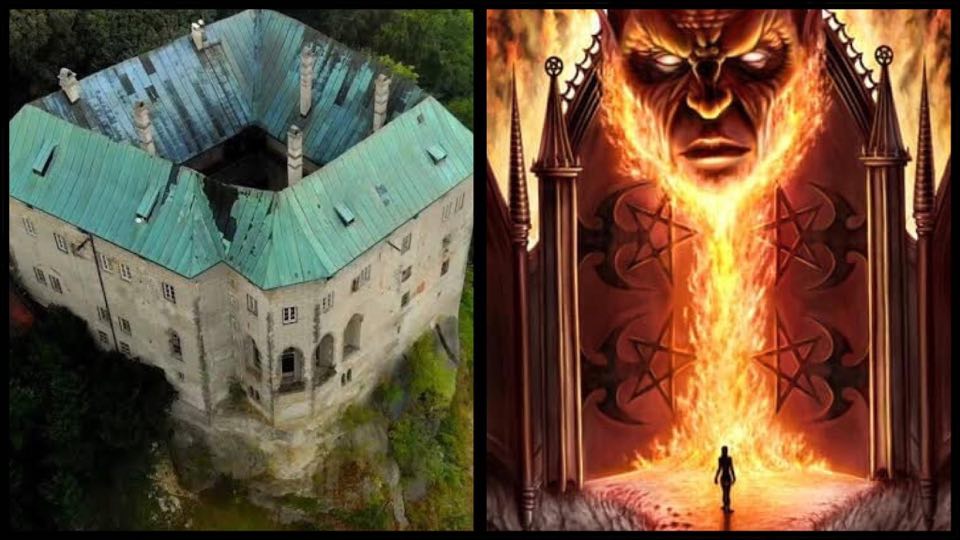 Since the beginning of humanity, there have always been differences about the mythology that exist in each culture around the world. Most of them have their own gods as well as their own equivalent of hell, so it’s interesting to find that there are some places which were seen as ways to enter to hell and these are some of the most famous.

It is located in Ireland and according to old tales, Christ showed himself to St. Patrick and guided him to the entrance of the cave. Christ told him that there was a moat at the place, which was a gate to Purgatory and while St. Patrick was there, he got visions of the anguish from the underworld. Perhaps part of its mystery has endured, thanks to the cave being closed in 1632. Located at Nicaragua, it was known as ‘the mountain that burns’ by locals and was used as a space for rituals. However, the caldera was renamed as the ‘Mouth of Hell’ by the Spanish when they arrived in the 16th century. The name was given because inside, there was a witch of whom they took advice of, and also, because the chronicler who traveled with the Spanish assumed that this witch was actually the Devil. Such was the commotion among the Europeans that a monk placed a cross at the entrance to exorcise the demon. This is not a cave but a river that’s been part of Greek mythology for being considered the one in which Charon used to lead the dead to the underworld. It’s supposed to be one of the five rivers of hell and it is part of Dante’s Divine Comedy. He considered it as the border before entering to hell. It’s a stratovolcano of Iceland that in the 12th century became famous as a gate to hell after being known as Judas’ prison and it has erupted constantly since then. Nowadays, it’s considered as a place where witches meet with the Devil.

It was a pit in the ground that was located in the middle of the Roman Forum in Italy and it’s been the inspiration for many stories and legends. The most famous one recalls the moment the crack opened at the Forum, leaving a huge infernal abyss that nobody could shut. According to an oracle, the only way to close it was, if the citizens would throw away their more valuable possessions. A young man even threw himself into.

In Czech Republic, there’s a castle that has been part of many legends. The most known is about an infinite crack that existed before the castle was built and in which weird appearances could be seen. Soon, passing near the place at night was avoided since it was said that during that time, some half-man, half-beast creatures used to come out of the crack, giving it the terrible reputation of being a gate to hell. It is located in an area known as Plutonium in Turkey, where an ancient crack can be found which used to be seen as a gate to hell. It had a huge impact in history that decades later, it would be considered as a World Heritage Site. Would you dare to visit any gate of hell?