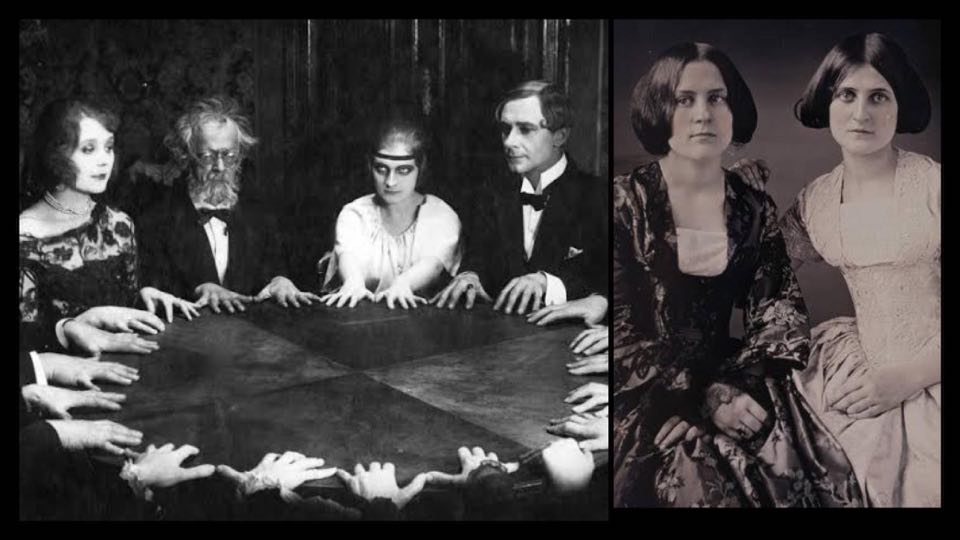 In 1847, Canadian sisters Margaret and Katy Fox together with their family, moved to a new home in Hydesville, New York. The former owner of the property was honest to them and mentioned that the reason he was selling it because there were constantly creepy noises in the house. The family decided to buy the house anyway.

In fact, it was on March 31st, 1848 when paranormal events that would started to change the lives of these girls. At first, there were weird noises, knocks and inexplicable footsteps. As time went by, the girls became used to these happenings and tried to carry out some sort of communication with the spirits. The sisters established a morse code type. One knock would mean a yes and two would mean no. As for other words, they specified clear rules. The spirit that contacted them named Charles Ryan, claimed to have lived in that same house, where his life was taken and his body was buried right there. The Fox family looked for him, but couldn’t find his remains.

Shortly afterwards, the Fox family was forced to leave the house because the pastor, methodists and coreligionists in the area accused the sisters of being possessed by the devil. They moved to Rochester, New York with their older sister, who joined them as their representative soon after. Charles followed them to Rochester. He was always the middleman between other spirits and the sisters. By this point, they were very popular and constantly held sessions with people who wanted to talk to their loved ones from the beyond. The meetings became more intense as everyone began to hold hands, making the table to shake and levitate. In 1888, Margaret confessed that it was all a sham. However,  it is said that she was actually forced to give this false statement by influential religious men. In 1904 shortly after the Fox sisters had passed away, the remains of Charles, the always faithful spirit to the sisters, were found in the house of Hydesville where they had lived. This event might demonstrate that Margaret and Katy, never actually lied.